Cordyceps is a type of fungi that has been used in Traditional Chinese Medicine and in Sikkim, a state in northeast India, for centuries. As cordyceps comes into the mainstream of wellness, scientists are researching its potential health benefits.1,2

Cordyceps, also known as the “caterpillar mushroom” is a parasitic fungus that grows on the larvae of insects. Cordyceps sinensis is the most widely studied species of this type of fungi. In Sikkim, traditional healers recommend it for 21 maladies. They believe that it promotes longevity and supports sleeping patterns, appetite, energy, endurance, stamina, and libido.1,2

Researchers have begun to explore the potential benefits of Cordyceps sinensis through in vitro and in vivo studies, as well as in some clinical trials with volunteer athletes as subjects. Studies have revealed that cordyceps can offer support to multiple body systems, including the immune, renal, hepatic, and cardiovascular.1,2

How Cordyceps Supports the Body

Traditionally, cordyceps has been used to support the body against a wide variety of conditions. Today, with traditional use as their guidelines, scientists are doing research to determine how cordyceps interacts with and supports the many different body systems.2

In traditional medicine, elderly individuals take cordyceps to increase their energy, strength, and sex drive. Now, researchers are exploring the possible anti-aging properties of cordyceps due to its antioxidant content.2

In another study with human subjects, six healthy adults received different concentrations of cordyceps extract. Researchers performed several tests both before and after the subjects took the cordyceps extract to determine if it had an impact on DNA damage caused by oxidative stress. They found that the subjects who took the highest concentration of cordyceps extract had a significant decrease in the number of cells with this type of DNA damage. The researchers concluded that cordyceps may be able to stimulate DNA repair, suggesting it may have anti-aging properties.4

Traditional healers who use cordyceps have long believed that it supports energy, endurance, and stamina. Scientific studies on both animals and humans are examining the impact of cordyceps on exercise endurance.2

The researchers learned that the polysaccharide from cordyceps significantly increased how long the mice could swim. The other biochemical markers were also improved in the mice taking the polysaccharide. This study suggests that cordyceps could have anti-fatigue effects and support exercise endurance.5

There is evidence that cordyceps could also be supportive of heart health. It contains adenosine, a compound that has heart-protective properties. In fact, cordyceps is approved in China as a treatment for arrhythmia!6

A study on rats with chronic kidney disease (CKD) demonstrated that cordyceps decreased the incidence of heart and liver injury in the rats receiving it. Heart and liver injury are common in those with chronic kidney disease. And heart injuries caused by CKD may cause heart failure. So seeing a decrease in these types of injuries in rodent subjects suggests promising possibilities for heart health.7

Other animal studies have shown that cordyceps may help to support cholesterol levels by decreasing “bad” (LDL) cholesterol. While the results from these studies are encouraging, research on humans is necessary to definitively determine cordyceps’ advantages for heart health.8

Additional research indicates that cordyceps may be helpful in fighting inflammation in the body. Chronic inflammation can lead to health issues like cancer or heart disease. Several studies have demonstrated that the exposure of human cells to cordyceps leads to the suppression of inflammation-causing proteins. And one study found that cordyceps was effective when used topically to treat skin irritation in mice.9,10

Naturally-occurring cordyceps is rare because of over-harvesting and habitat restriction. A survey conducted in 2007 revealed that cordyceps production had decreased by 95% over the previous 25 years. Because it is so rare and difficult to produce, natural cordyceps is incredibly expensive.11

For these reasons, most commercially available cordyceps are grown in labs. To ensure that a cordyceps supplement is safe, research options that are pure and uncontaminated.11

Since there is limited research on the effects of cordyceps on humans, there is not an official dosage recommendation. As with any new supplement you’re considering taking, discuss it with your doctor to learn how it could interact with any medicines or supplements you already use.

Where is cordyceps found?

Cordyceps is found in Sikkim, a state in northeast India, at altitudes above 3,800 meters. Sikkim is bordered on different sides by Tibet, Bhutan, and Nepal.2

How does cordyceps grow?

Cordyceps is a parasitic fungus. It grows by attaching to the larvae of insects. When the fungus attacks its host, it eventually replaces its tissue with its own. However, naturally grown cordyceps is difficult to harvest and in short supply, making it extremely expensive. Most commercially available cordyceps has been grown in a lab.2

What is Cordyceps sinensis used for?

Cordyceps sinensis is one species of the fungus cordyceps. It has been widely used in Traditional Chinese Medicine and in Sikkim, India for centuries. Traditionally, cordyceps has been used to promote longevity and support sleeping patterns, appetite, energy, endurance, stamina, and libido. Scientists are now researching cordyceps’ potential benefits for exercise endurance, anti-aging, and the immune, renal, hepatic, and cardiovascular systems.1,2 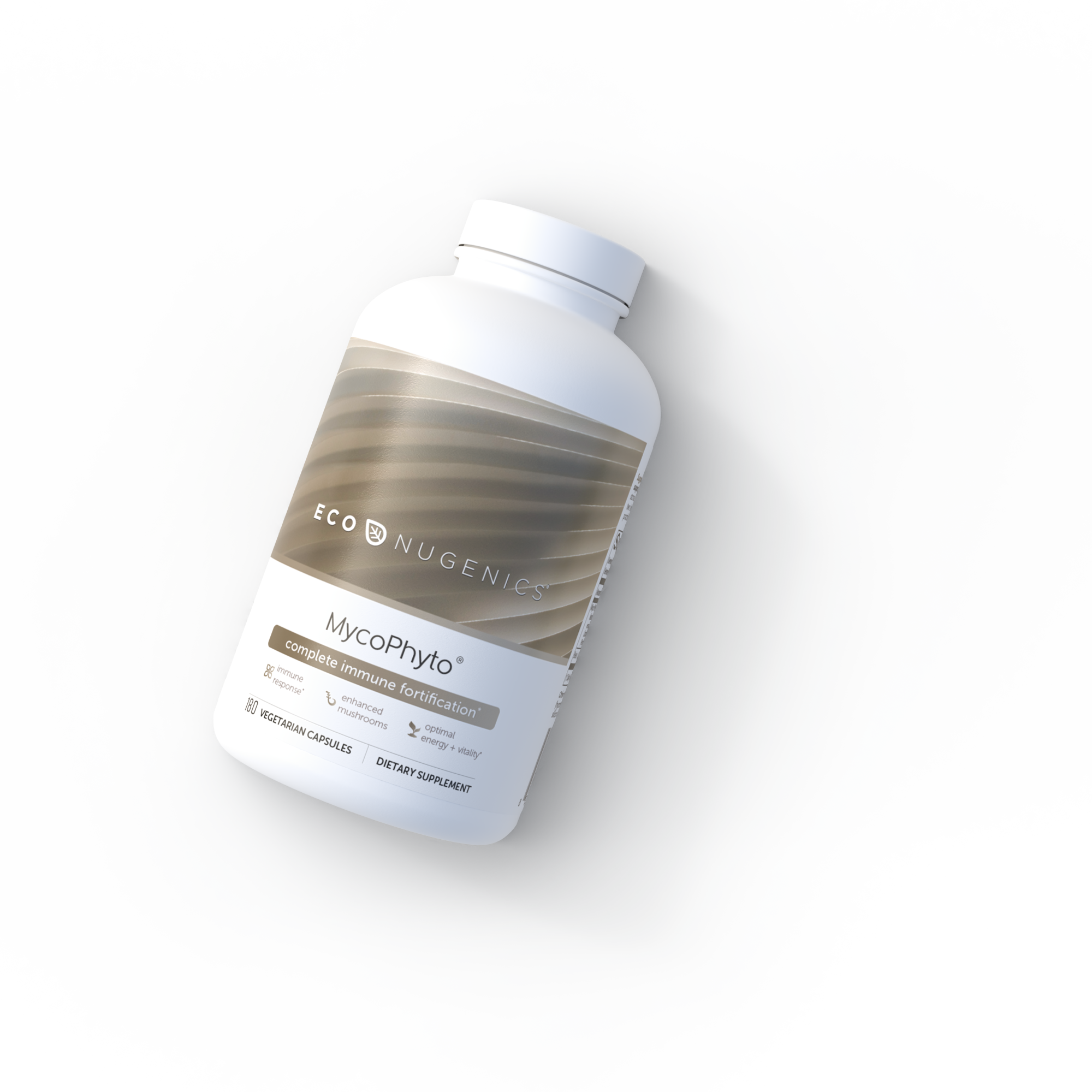 Cordyceps is one of six powerful medicinal mushrooms in MycoPhyto, an immune-supportive formula. What makes MycoPhyto different from other mushroom blends is that the mushrooms are grown on a potent blend of herbs, which provide additional immune health benefits.*