Generally, men are seen as enjoying more opportunities, privileges and power in the world than women – but at the same time, they have a lower life expectancy than women throughout the world. Consider the following:

According to the World Health Organization, men's poorer survival rates reflect several factors: Greater levels of occupational exposure to physical and chemical hazards, behaviors associated with male norms of risk-taking and adventure, health behavior paradigms related to masculinity and the fact that men are less likely to visit a doctor when they are ill and, when they see a doctor, are less likely to report on the concerning symptoms. (2)

Statistically, it seems the odds are against men when it comes to survival in the world. Not only that, but men, in general, tend to be less informed about health issues. In fact, a study of differences in lay knowledge of type 2 diabetes symptoms among a group of men found that men were less knowledgeable than women, and that women were likely to report at least one symptom. (1)

Fortunately, even with so many factors working against men, research has shown there are some clear indicators of healthy aging in men: low blood pressure, low serum glucose, not smoking, and maintaining a healthy weight. In fact, much of illness found in the elderly has been connected to the presence of one of these four factors at mid-life. This is an important consideration for public health agencies and medical professionals, and has had an impact on outreach efforts. (3)

An Ounce of Prevention

Many public health agencies around the world are recognizing the need to expand the scope of their services to include not just women and children – but also men. And, these outreach efforts need to move past the typical focus on male sexual health, to a more holistic approach that includes diet, exercise, meditation/stress management, sleep hygiene, and socialization. (4) 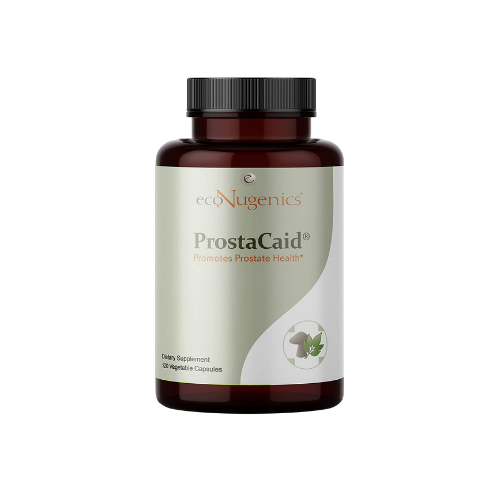 As people age, there is a decrease in acuity of taste and smell. Add to this deteriorating dental health and a decrease in physical activity, and it is not surprising to see that malnutrition is common in older people. This impacts T-cell function and production. So the elderly, already dealing with a natural decline in immune function, face a secondary cause of immune decline due to the quality of their diet. Men, in particular, need to be mindful as they age to make sure that their diet is balanced. (5)

Supplements are often used as a way to ensure proper nutrition. A few for men to consider include:

In addition, caloric restriction (limiting the number of calories eaten each day) has proven to improve immune function and aging. (6)

The idea that exercise is good for our health is not new, but holds greater significance as we age. Regular, moderate physical activity in geriatric populations appears to support vaccine efficacy, and improve both physical and psychosocial aspects of daily living. The effects of exercise impact multiple aspects of immune response, including T cell phenotype and proliferation, and antibody response to vaccination. Given this evidence, an increase in the use of physical activity programs by the healthcare community may result in improved health among aging populations. (7)

It is well known that stress affects the immune system. In fact, psychological stress can both mimic and exacerbate the effects of aging, with older adults often showing greater immunological impairment to stress than younger adults. It stands to reason, then, that stress management should be learned early, and reviewed often as people age. Yoga, meditation, breathing exercises and even regular massage are all great ways to help manage stress and thus improve immune functioning. (8) 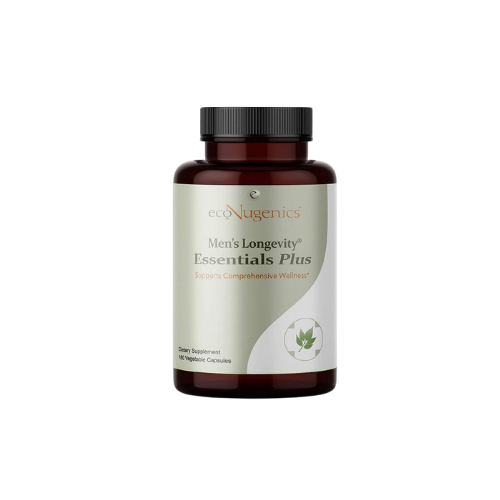 Men's Longevity Essentials is a broad-spectrum multinutrient supplies essential vitamins, minerals, herbs and antioxidants, to support daily wellness for men of all ages.*

Sleep can have a big impact on a person’s overall health. Research shows that the twenty-four sleep cycle (circadian rhythm) plays a strong role in the immunological process. Specifically, some immune cells peak during wakeful periods, which provides for a more efficient, quick response to a virus or bacterial invasion. Persistent interruptions in the sleep cycle can lead to systemic inflammation and immunodeficiency. (9)

There are countless studies illustrating the health benefits of social connections. The exact reason why this is so is not clear, but data indicates that this social participation is important, and becomes more so later in life. (10)

From a global perspective, men’s health outcomes are poor, at best. They are more likely to smoke, drink alcohol and have a poor diet – and are less likely to seek out medical help when needed. (1)

While the news isn’t great for the men of the world, there is a growing awareness for health education and outreach. And with a few simple changes in mindset and lifestyle, you can build a solid foundation to support a longer, healthier life—regardless of your age.